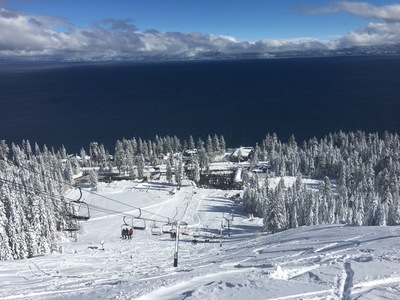 “When did you first learn to ski?” It is a question is heard on countless chair lifts across North America from the first day of ski season to the last. Unfortunately, more often than not, those conversations happen between middle-aged baby boomers and retirees rather than between millennials and today’s generation of youth. That’s because the American skier population has been steadily aging, despite resorts’ best efforts to attract the millennial consumer.

According to the National Ski Areas Association (NSSA), there were 8.4 million unique skiers and snowboarders in the U.S. last season. Twenty years ago in 1996, there were 8.5 million.1 During that time, Vail Resorts increased its market cap about eightfold and is now worth over $6.4 billion.2 Meanwhile, while Vail has grown, the NSAA reports that the total number of ski areas in the U.S. has shrunk from 519 to 463.3

Naturally, anyone looking at these trends would conclude that the U.S. ski industry appears to be a zero-sum game - in order for one ski area to succeed and grow, another must suffer. At Snow Schoolers, while we recognize some merit to that conventional wisdom, we adamantly reject the notion that the ski industry should be considered a zero-sum game. Instead, as lifelong skiers and technologist, we believe that the combination of modern web technology and creative marketing operations can reverse the long-term stagnation of overall skier visits, and restore growth to the industry. In a nutshell, we want to Make America Ski Again.

As technologists, we recognize that the ski industry and the tech industry are like night and day. Whereas the latest meditation app startup in San Francisco can get funded and launch a new product in a matter of months, there are considerable higher barriers to entry in the ski industry. For example, 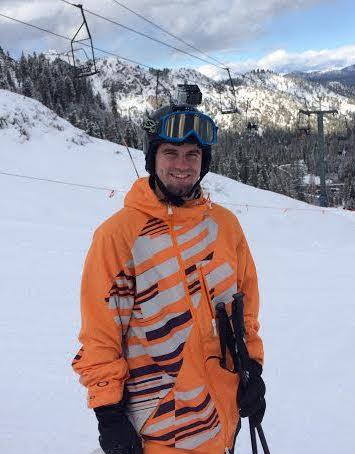 Liftopia was met initially with “widespread skepticism from the industry, and had a hard time finding resorts that were willing to sign up” when they first launched ten years ago. With persistence, patience, and diligent execution, Liftopia has since become a household name and the best place to go for discount lift tickets.

Today, as we open our doors to the public for the first-time, we at Snow Schoolers are both grateful for the pioneers that have come before us, and optimistic about the future innovations we’ve yet to see. Our leader is none other than the extremely enthusiastic and entrepreneurial skier, Brian Bensch. We recently sat down with Brian to hear more about his vision for the future of the ski-school industry.

Born and raised in the tech-hub of the Silicon Valley, Brian is a Dartmouth-educated former ski instructor turned entrepreneur, who previously worked at Google and Metromile from 2010 to 2015. Skiing since before he even started kindergarten, the 29-year old is as passionate about skiing as anyone, and he believes he has both the tech background and marketing chops to transform his vision into reality.

In simple terms, at Snow Schoolers we aim to do for the ski-school industry what Uber and Airbnb have done for the transportation and accommodations industries. We feel that booking an expert instructor you can trust should be just as easy as buying a plane ticket online or hailing a cab to the airport. In addition to the high cost, we believe that the friction involved in booking a ski lesson today causes many new skiers to have a suboptimal first experience, or even worse, to skip the experience altogether. At our core, we want to make ski lessons more accessible to people of all ages and socio-economic backgrounds, so that everyone has an opportunity to discover and fall in love with the sport. Today only about 11 million Americans go skiing each year. In a country of 320 million, we think that leaves plenty of room to grow the pie.

Beyond making it easier to book online, we fundamentally believe that high-quality instructors are the most critical piece of the puzzle. As such, we think those instructors ought to be rewarded fairly. Snow Schoolers improves outcomes for instructors by not only modestly increasing wages, but also by empowering our instructors as micro-entrepreneurs and providing them with 100% flexibility over their schedules. At Snow Schoolers, an instructor works as much as they want, and whenever they want.

Similar to Uber and Airbnb, there are complex regulations surrounding the ski industry, which we’ve become all too familiar with over the last six months. Unlike those tech behemoths, however, we’ve discovered that with persistence and creativity, it is possible to forge a path into the ski industry without skirting the law. We have developed a collaborative partnership model with existing ski-school operators that both ensures that the ski area’s financial interests are aligned, that safety and liability concerns are accounted for, and that allows guest to experience the full benefits of an online and mobile friendly user experience. 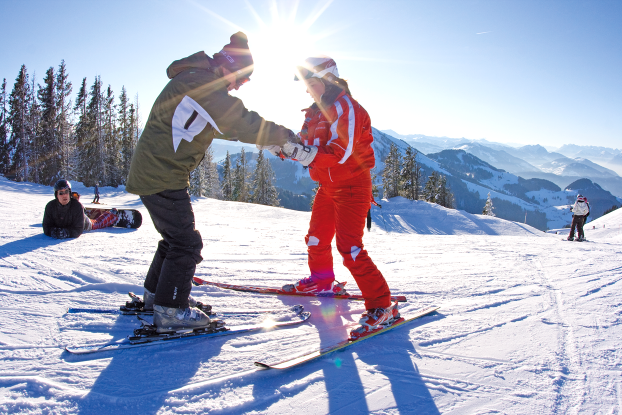 At Snow Schoolers you can either book a lesson instantly with the best instructor available, or alternatively you can browse all of our available instructors and choose the one that’s best for you. With detailed instructor profiles and reviews from previous students, you can exercise the same level of choice as you do when searching Yelp for dinner reservations.

For this inaugural season, we are establishing partnerships with ski areas such as Homewood Mountain Resort in Lake Tahoe. As of today, we are now accepting lesson reservations for the upcoming holiday season, and our first lessons will take place on Monday, December 19th. In the spirit of challenging conventional wisdom, any guests who book a lesson with us before Christmas will receive a free lunch included in their lesson. Whoever said there’s no such thing as a...

To all of our followers and prospective customers, please bear in mind that this season is just the tip of the iceberg. We plan to build Snow Schoolers into a thriving ski school marketplace where instructors can teach across dozens of mountains around the world, and where students anywhere can access an expert instructor from their smartphone with just a few taps. As our founder Brian Bensch puts it, “envision a future where just like Uber, you can request a lesson in real-time when you’re stuck and struggling on the slopes, and a friendly face will come to your aid in just a few minutes.”

Follow us online, join our conversations, engage with our teams around the world!